Learn to be a Web Developer 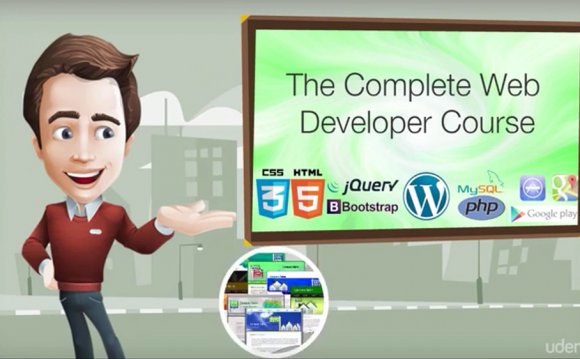 Welcome to Part 1 of our How to Be a Web Developer series! If you're just joining us, you'll want to check out the series intro. Otherwise, read on for a look at some of the essential coding skills you'll need to pick up to be a web developer.

What is Web Development?

The first thing you need to know in order to become a web developer is what web development actually is. It’s a term that gets used very broadly, and one person’s definition of web development can be pretty different from the next.

Generally speaking, web development is working on the technical aspects of a website. A web designer is the person in charge of the visual design and layout of the website, and the web developer takes that design and vision from a static design to a fully working website that is online and available to the world.

It’s important to note that many web designers are also developers in that they build the websites they design. Also, occasionally, a self-identified web developer will also offer design services. The terms are not interchangeable, but they also aren’t mutually exclusive.

So far, this definition is pretty standard, but where it gets more hazy is the specific tools and technologies that are being used to complete the technical aspect of any given website. Some grumpy web developers out there believe that you aren’t a “real” web developer until you’ve mastered this or that programming language, but this distinction is arbitrary and unhelpful. If you focus on learning new coding skills and perfecting the ones you already have, you’re a “real” web developer.

Anything you do to help get a website up and running (that isn’t specifically design) can be considered web development for practical purposes, from something as simple as entering content for a page, to projects as complex as building WordPress themes from scratch.

HTML and CSS are the building blocks of all web development, so it’s important to know these two technologies relatively well. To be a successful web developer, you’ll probably need to know more than just these (more on that in a minute), but in the very least, being able to whip up some custom HTML and CSS is an important skill. More than anything, it’s important to understand how these two technologies work together: HTML sets the structure on the page and CSS changes or styles the way it looks.

Keep in mind, too, that it’s perfectly all right to stop and look things up as you go. Anytime I’m working with forms and inputs in HTML, for instance, I have to pull up some sort of reference to remind me of how each item is coded. While it is rewarding to sit down and create a webpage with HTML & CSS from memory, that ability is something you can strive for, not a requirement to start.

You can think of HTML and CSS as the raw materials of web development. Everybody starts with them, but there are wildly different uses for them and methods to manipulate them. It’s like how all woodworkers start with wood, but they have many different tools and techniques to craft that wood into an infinite number of beautiful woodworkings.

Tools You Need to be a Bad Ass Web Developer

I Have No Money But Want to Be a Web Developer