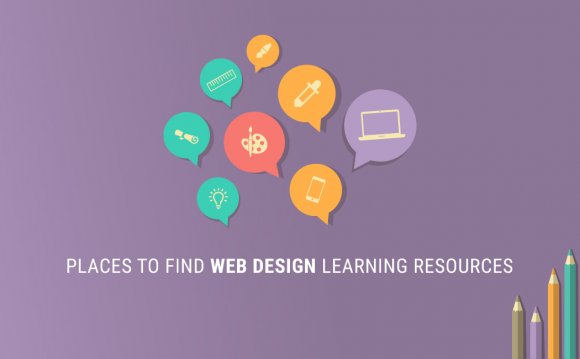 “If you think math is hard, try web design.”

Working on a web design project can be a stressful experience.

First, you have to get through the initial stages of creating a brief, negotiating your rates, and getting the paperwork together. Then, you can finally begin the actual work and … design away, so to speak.

However, after weeks of effort, sometimes it can turn out that the result is less than satisfactory, to say the least. The client is not pleased and it’s becoming quite clear that the project has failed.

This can be a bit depressing. No one likes failing. We’d much rather try finding a solution and somehow still be able to fix things. But this is not always possible. Sometimes it’s just too late, and the only thing that can be done is coming to peace and getting some kind of a learning experience out of the situation. Such a lesson can help us avoid similar trouble in the future.

Therefore, what are the main causes of project failure in web design, and what can we do to save ourselves from failure as much as possible?

We fail due to insufficient research/planning

Where the failure happens is during the initial stage of planning / researching the project (or lack thereof).

Actually, in one of their reports, PM Solutions points out issues with planning as one of the top five causes of project failure. Specifically, they name: insufficient data, missing items, insufficient details, poor estimates, as the leading components of failure.

The beginning stage of planning is, therefore, the most crucial part of any web design project. In fact, the time you don’t invest in planning in the beginning will almost certainly come back to bite you later on.

Quite simply, if the initial planning and research phase wasn’t done adequately then even the perfect design execution won’t save you, as the project will simply not be optimized for its actual requirements.

On the other hand, if the research was done properly then it should give you much more room to get out of trouble should anything pop out.

We fail because of the wrong mindset

“Ultimately, we are deluding ourselves if we think that the products that we design are the ‘things’ that we sell, rather than the individual, social and cultural experience that they engender, and the value and impact that they have. Design that ignores this is not worthy of the name.”

The quote above is as on-point as it can be.

Web design isn’t about “the thing” you’re designing. It’s about the experience that the end visitors get when interacting with the website.

It’s actually quite funny, but it turns out that the more we distance ourselves from the “product” – the website – the better overall service we can provide.

Note. As you can see, I’m not focusing all that much on discussing some possible things that the client did badly. And to be honest with you, I don’t think that the clients are ever guilty when we’re talking project failure.

At the end of the day, you are the pro in this scenario, and no matter what the client does, you should be the one who finds a solution and gets the project back on track. Therefore, if the project fails anyway, it’s on you. It may be tough to take the blame, but it’s just the right thing to do. It’s what makes us professionals.

Okay, so what to do with a failed web design project?

Look back and evaluate

Although it’s uncomfortable, it’s crucially important to take the time to discuss the failure.

I know it’s difficult. You’d much rather just swipe the bad things under the rug. But it needs to be done. Whenever possible, have the talk with the client. If that’s not an option, have the conversation with yourself, in your head. It’s still better than nothing.

Proceed to evaluate the things that happened throughout the project’s lifespan:

Did you do enough research?

As we said before, lack of research is very often the main cause of project failure, and that’s what we’re going to look into first.

Begin by examining the goals of the project and the characteristics of the website’s target audience.

Were the goals defined correctly? Or maybe it wasn’t all that clear why the website needed to be built and what goals it’s meant to achieve?

Taking a step back and answering these questions will give you clarity on some of the factors that possibly played their part in the failure.

Did you build the design for the right people?

So maybe the audience you’ve built the site for simply isn’t exactly the audience that’s valuable to the client? Maybe you’ve focused too much on making the client happy rather than looking at the job at hand from a higher ground and failing to notice the bigger picture?

Audience-related issues are very often the main causes of web design failure. In simple terms, even a beautiful design can still be a failure if it’s not optimized for the right audience.

So go back to your initial assumptions, demographics, and visitor personas. Is there perhaps anything that just doesn’t fit (while also considering the goals of the client)?

Take notes. Utilize them whenever working on any web design project that’s next in line for you.

Was communication to blame?

Oftentimes, a lot of problems can be traced back to lack of communication between you and the client.

On one hand, it’s easy to say that the client is just as guilty here as you are, but this sort of reasoning doesn’t get you very far in terms of learning a lesson.

So rather than simply listing everything that was wrong, focus on what you could have done better, and how you can improve your work process when it comes to communication.

For instance, maybe introduce weekly reports or calls so that you can talk things out with the client and make sure that everything stays on track.

Did you deliver on time?

Sometimes the cause of failure is really straightforward. Maybe you simply didn’t deliver on time.

And hold on, I know this sounds really basic, and not like a mistake that you would make.

However, this often happens when designers try to get their project to perfection prior to sending anything to the client.

You need to keep in mind that for some clients sticking to the deadlines is far more important than delivering a perfect result on the first try.

Therefore, make it a habit to always meet the deadlines no matter what, even if the work still has its flaws. You can always fix them afterwards.

Admit it, you don’t like to be critiqued all that much. You’d much rather hear praise. But that’s okay. Everybody does.

However, when things don’t go as planned, it’s really important to be able to take a step forward and expose yourself to criticism.

Disconnecting and not taking things personally is difficult, and it will require some thick skin. To make this easier on yourself, try pretending that the criticism is towards someone else’s creation. Yes, I really mean it, pretend like it’s not your project that’s being critiqued.

This sort of trick makes it easier to break out a fresh pair of eyes and see if the claims make sense.

So listen to every bit of input that the client shared about the project. And even if you don’t agree with everything, take note of the things that do make sense.

Again, what you could have done better? How you can improve your work process to prevent similar situations from happening?

Notice the things that were good

No web design project is ever a complete failure. There are always some aspects of it that went well and that should be noticed.